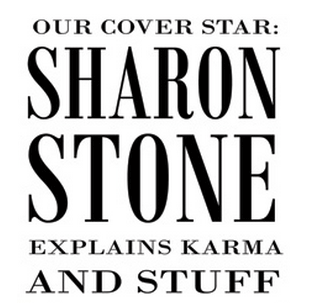 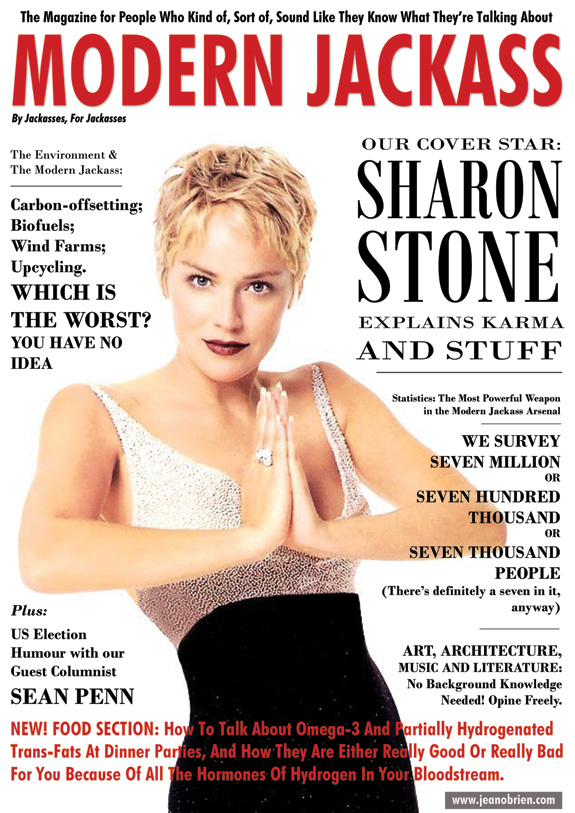 A recent episode of This American Life really struck a chord with me. I’ll just copy the relevant bit:

A couple of years ago some friends were travelling through Europe, walking through these old buildings. And these people do not know anything special about architecture, but, you know how it is when you’re a tourist. So they’re walking through these buildings and they’re looking at these doorways and pillars and they decide that this one building has a very Moorish influence. They’re pointing out details, saying ‘the Moors this’ and ‘the Moors that’. And finally one of them turns to the other and says, “You know, we sound like we’re in a magazine. A magazine called ‘Modern Jackass‘.”

The person who originated the concept, Nancy Updike, disarmingly compares it to Post-It Notes – we didn’t know we needed them, but once they were introduced we used them all the time. Modern Jackass is exactly the same. I am a contributing editor to Modern Jackass, as are many of my peers; I blame it mainly on the Sunday papers, from which we half-digest bite-sized nuggets of unreliable information. I love the concept so much that last night I designed a cover for a mock edition. Maybe someday we’ll see Modern Jackass on our newsagent shelves? Until that happy day arrives, we’ll just have to make do with all the other ‘by jackasses, for jackasses’ magazines out there.

You can get a printable PDF of the cover if you click the image above. And if anyone has any suggestions for cover stories for Issue 2, please send them to me at Modern Jackass Towers (hello {at} jeanobrien.com).