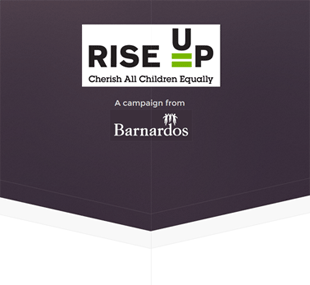 ABOUT THE PROJECT: Rise Up is a Barnardos campaign that ran from September 2015 up to the Irish General Election in 2016.  This campaign aimed to make child inequality an election issue, and to get prospective politicians to commit to tackling child inequality if elected. We targeted 35 key politicians from all parties, including independents.

Twitter was the key platform for this campaign; Barnardos and our supporters used Twitter to call on the politicians to commit to this issue.  I was involved in the concept and strategy for this campaign, and built this website to act as a central hub for the campaign.  The site featured an interactive map highlighting stories of child inequality all around Ireland, and the politicians who have the power to act on this serious issue.

Some of the positive outcomes from the campaign: